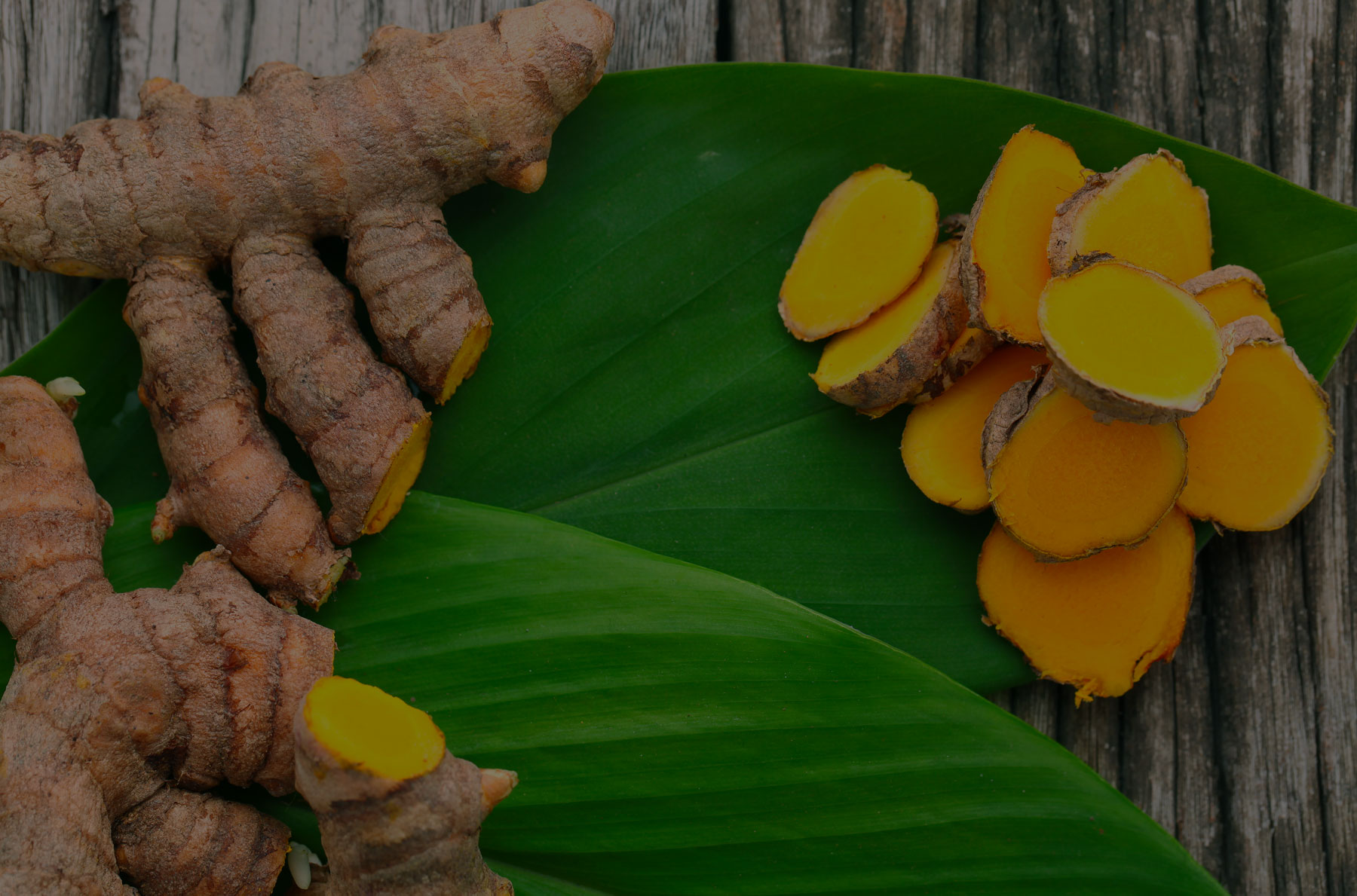 There is a commonly held belief that piperine (extracted from black pepper) increases plasma levels of curcumin by inhibiting its metabolism. What do studies really show?

In 1998, a study conducted by Shoba et al. demonstrated that ingesting 2g of turmeric extract standardized to 95% curcuminoids with 20mg of piperine increases by 2000% the absorption (followed during 3 hours) of free curcumin in the blood of 6 healthy volunteers, in comparison to the ingestion of 2g of turmeric extract alone.

For that reason, we quantified 15 metabolites (including conjugated and unconjugated curcuminoids) and measured blood levels up to
24h after ingestion by 30 healthy individuals. We concluded that adding piperine to curcuminoids extracts does not increase the absorption
neither of free curcumin nor of the total curcuminoids by the organism. 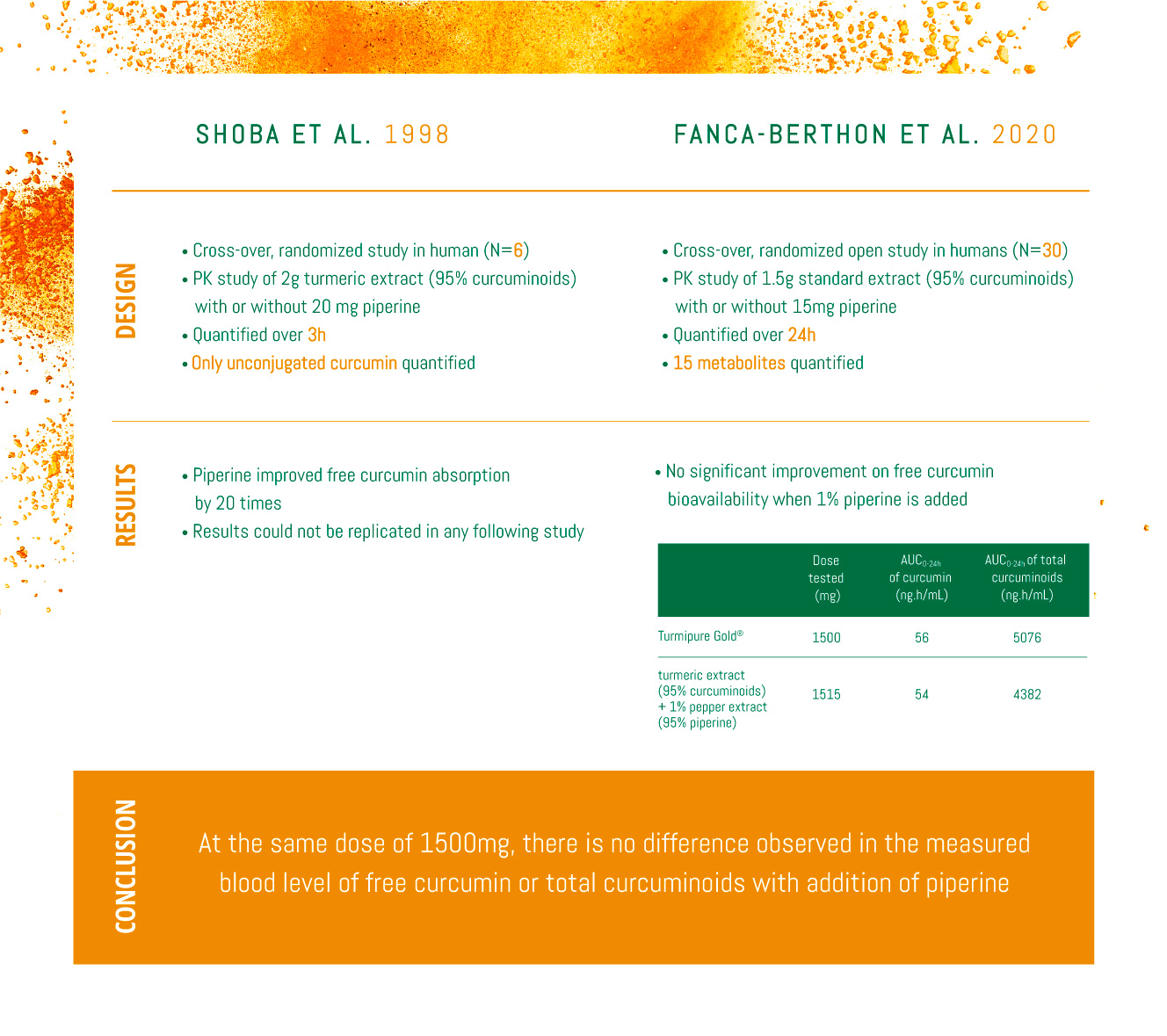 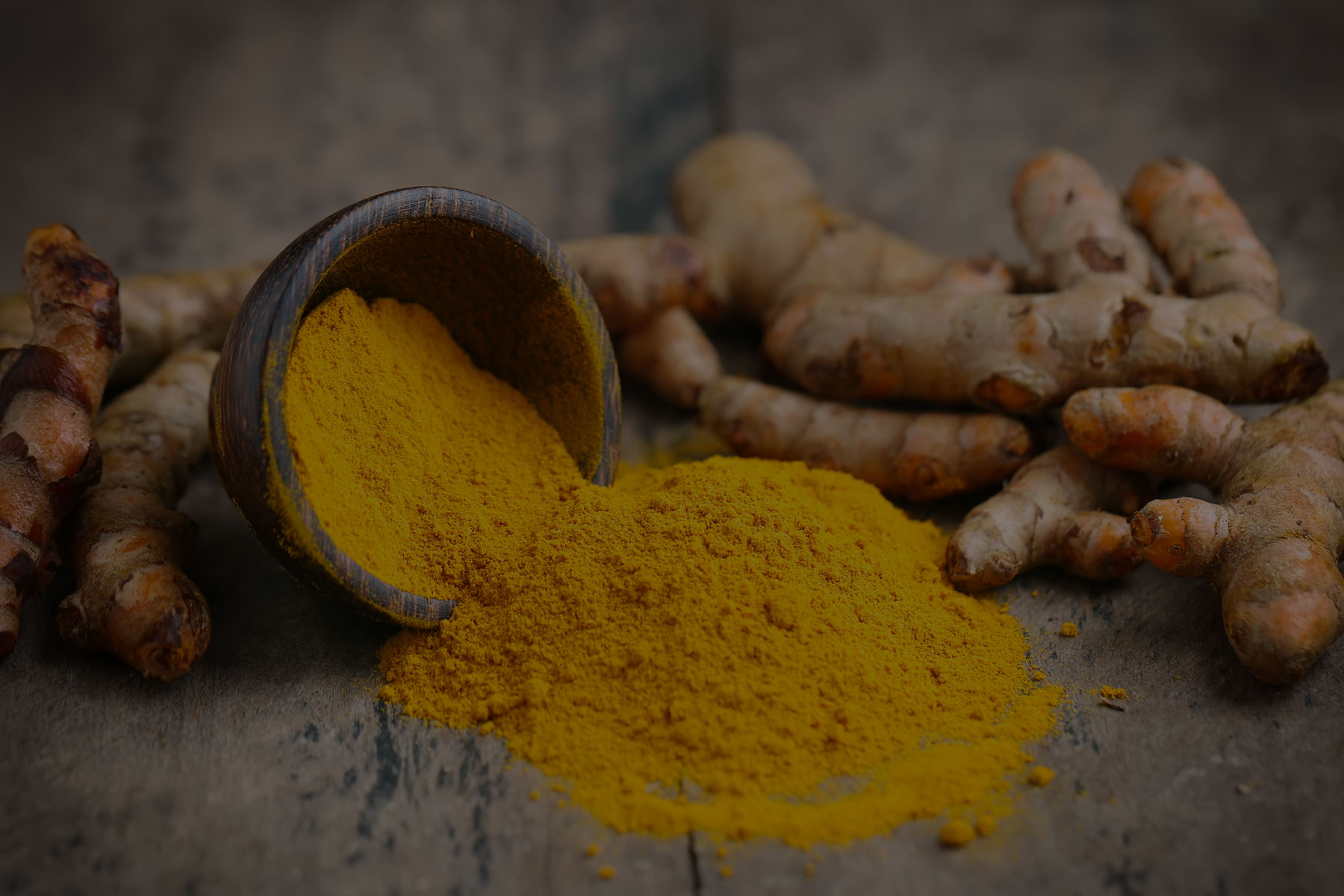 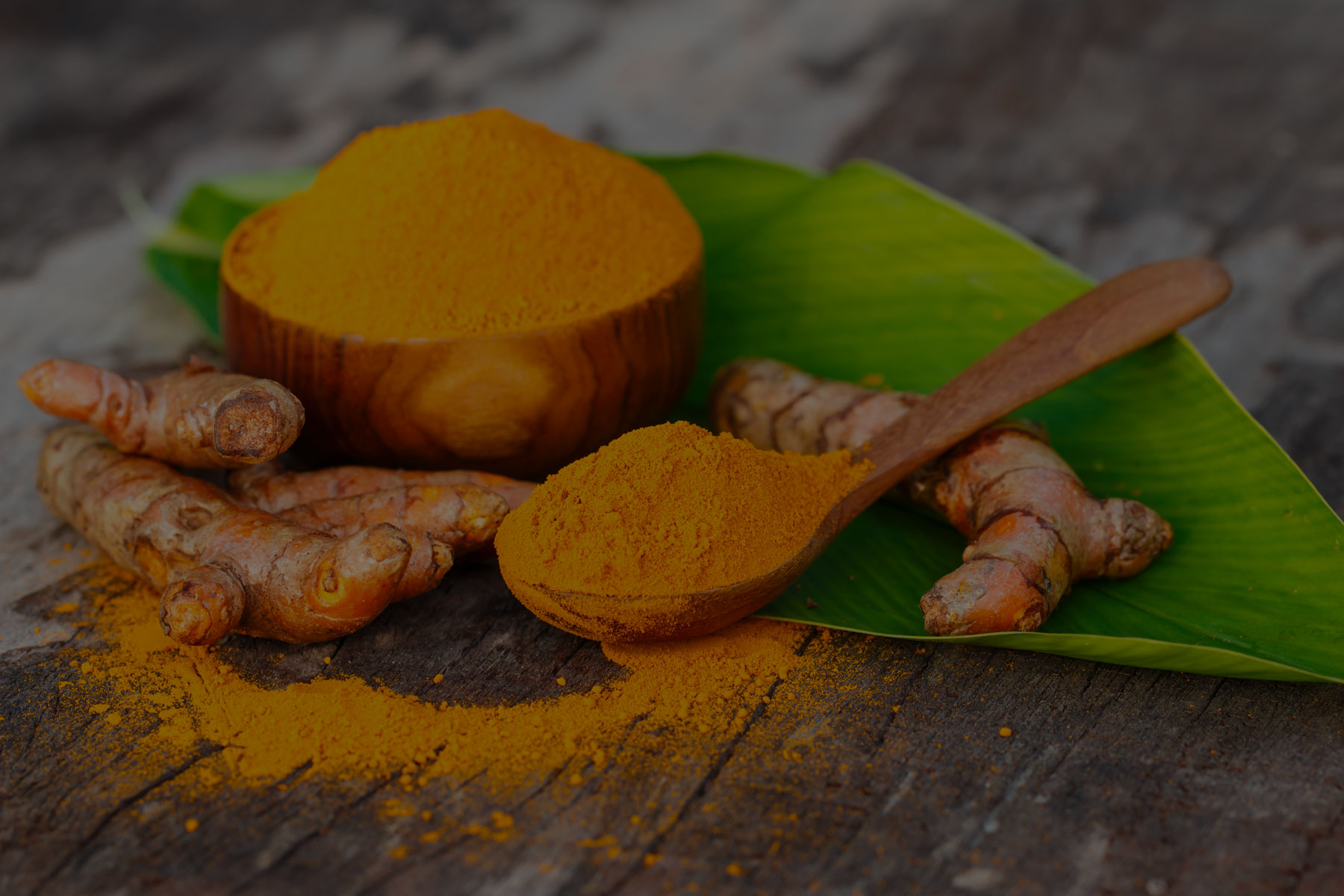 This website is intended to provide business-to-business information on TurmiPure Gold®. As it can be accessible from many locations, the information provided might not be applicable, or is not intended to satisfy the requirements of all countries: the information and its uses must be checked for compliance under appropriate local regulations.